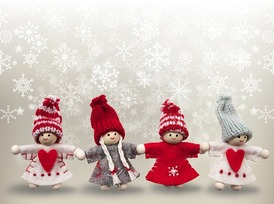 Have you ever noticed that the little things in life can make a huge difference? Here are two short stories about close encounters with wisdom of the soul in the line-up to the cashier in a local super market.

Months ago I was standing in the line-up with some groceries. The cashier, a young lady, yawned and looked at her watch. It was obvious that she was not feeling well. The man in front of me noticed it and said: “Long day, eh?” The woman looked up and smiled. “Yes, long day.” I was deeply touched by this short interaction. Somebody unexpectedly had seen her, not only as a cashier doing her job and expecting her to do it faster, no, somebody had seen her as a human being in her simple struggle to make it through the day. We do not know if something made her uncomfortable, if some sorrow or worry was draining her energy or if she simply did not get enough sleep last night or was bored. It does not matter. Somebody had seen her, said a couple of words (Canadians would call it three words) and in doing so had let her know, that she is seen in her discomfort. I deeply admire this man who did not only rush to get his purchase paid but had the alertness to see what the lady was going through and who had the heart to signal that he understood her. He did not need much eloquence yet he surely made a difference in the moment.

A few days ago I was once again standing in the line-up of the grocery with my only purchase, a bouquet of roses on the belt of the counter. My dear wife had been upset with me and after it was all okay again I felt the urge to get her some flowers. In front of me there was a huge man who looked like a logger. He glanced over to my roses and from under his beard he said: “Got into trouble?” – “Yep”, I answered. – “I know how that feels”, the man said and the movement of his beard showed that he smiled. After a while of silence he added: “And you never really get what’s the problem.” – “Damn right”, I replied and we laughed. A moment of humor and understanding between complete strangers.

I hope that you also have moments like that in the line-up, in the train or wherever people meet randomly. A smile, a blink of an eye, a few words are little gifts, inexpensive but full of heart. May your heart overflow and bless others with a little gift. Angels are needed, even in a line-up.

Have a good Christmas season,