Summary of the Trituration of a Bald Eagle Feather

Despite the painful parts in the process there was a lot of joking throughout the trituration. 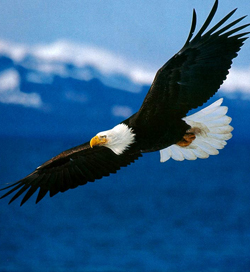 Right from the beginning there was a strong sensation of detachment, of only loosely being connected with the others, if at all. “We all are going in different directions”. “We are working alongside each other but not together.” Everyone was in his own space. Most of us felt alone. This feeling of not being a part of the group, not to belonging with the others, found its strongest expression in one participant who – ready to get up and leave – said: “I have nothing to share with this group.”

The most energy was felt in the head and especially around the eyes. Vision was a major topic; it could be a blurred vision or an especially sharp one. Being “near-sighted, far-sighted, insighted”. Mistakes in vision, mistakes in perception came up. “Things are not what they appear to be.” The impression that we were able to look very far and still perceive very clearly was expressed. This could be even looking far ahead into the future, further than people are usually able to do; however this again caused a separation between oneself and the others. Focus was often mentioned, like being on a mission. There also was a desire to watch others, even to control them. In watching and observing we needed to be especially vigilant.

The opposite was the feeling of being watched. “We are watching but we too are being watched.” Being watched felt somehow threatening. This included a sensation that you were not allowed to make a mistake, that you had to do things right, to follow what was expected from you, to follow the rules, the custom. The consequence of this uncomfortable sensation of being watched was the tendency to hide. Even sharing in the group was at times a challenge.

As in all animal energies the theme of survival, survival of the fittest, and the awareness of one’s vulnerability came up.

As in all bird energies, the theme of freedom was present as well as its opposite, the feeling of being stuck, being caged.

Thinking was not the strongest side. There even was an incapability to think clearly, causing confusion or drowsiness. Life is supposed to be easy: “Blue sky, green hills, killing a gopher once in a while and all is well in all of creation.” A lack of motivation was noticed and an unwillingness to work, a tendency rather to watch than to engage in some work, in some activity. Boredom was the consequence of this laziness. Especially favourable was a high position for watching. We did not want to participate, to be a part of a group; we insisted in being special.

The Eagle demands respect. Boasting and bragging came up, the desire to be important, to look impressive, to show off with medals or headdress. Wearing Eagle feathers is a demonstration of past deeds and bravery, of honour. This honour was derived from killing in battles. How many battles were fought, how many people killed for the only reason of showing off one’s bravery. Here again a simple view of life emerges not unlike in the above quotation of the blue sky and green hills.

The reverse side of respect and honour showed up in the feeling of being disrespected, of not being seen, being overlooked. Criticism was experienced as disrespect, it was reacted on with anger. There was definitely a sense of righteousness.

We were confronted with death and killing in many versions. From the loss of friends and relatives to killing gophers and enemies in order to have long periods of laziness in between, whenever death was mentioned it was a violent and sudden death.

This was what we had experienced on the first day of our trituration. Over the night, interesting things happened to us, interesting dreams came up, all of it being connected to the Eagle energy we had entered.

Not less than 12 dreams were remembered!! This alone was an indication of the Eagle’s ability to cross dimensions. The following themes came up in the dreams and in the incidents (or accidents):

Falling: As we know that about 40% of the young Eagles do not survive their first flight, it was not surprising that as soon as we enter Eagle energy, we too are confronted with falling and failing. One participant had been falling, when he stepped out of a hot tub in the evening. The details of this fall were very interesting. He just was about to save his glasses, as he was very helpless in the night without them (theme of vision), then he took a wrong step (theme of making mistakes), he broke his glasses and hurt himself. Not only his foot got hurt, but also his spirit. Somebody had the impression “his spirit was wounded” (theme of falling and getting broken/wounded). The way he experienced this fall was that he was losing face, felt ridiculous and actually was laughed at because of this fall. “You really looked funny falling” (theme of being disrespected).
Wounded and Broken: “I felt my friend’s wounded spirit. In a dream my dad showed up. He was a broken spirit.”

Competition and Fighting: Dream of kids competing in a gym. In the evening, we heard stories of fighting, of what it means to grow up on an Indian Reserve and about the necessity to fight for your survival. The correlation to the Eagle was obvious; everybody has seen Eagles when they compete and fight over a salmon. The most pronounced expression of competition in the Eagle’s life is the merciless struggle between the young ones in the nest, which kill each other until only one is left to survive.

Entitlement: In another dream someone felt to be entitled to take food from a hospital, even though it was obvious that this imaginary right was lacking all reasonable foundation. Interesting enough the day before the exact same topic was discussed in a break, when someone told the story of an employee stealing fuel from his company with a complete though unreasonable sense of righteousness; he was very angry when he was dismissed. Another participant dreamed that he was driving his car in an empty parking lot; whenever he wanted to park in a spot, he was told that he is not allowed to park here, because it was reserved for somebody else. This was the same topic, this time in the variant of
not being entitled, not having the right to do something.

The sense of entitlement, of being privileged and rightfully so was on the verge of arrogance.

Light and Vision: Someone was in his dream in a house with lots of lights, none of them were working well. The same theme was present in the fall of the participant mentioned above.

Hiding: Another dream was about a terrible secret, a dirty secret, that in someone the feces were coming out not where they were supposed to.

Competing and fighting includes cruelty and in the Eagle energy certainly anger and arrogance are a part of that. A person in that energy is demanding respect and reacts with anger whenever he feels disrespected. Many European nobles and nations carried the Eagle in their crests and all around the world, that is how they behaved: With an attitude of superiority and arrogance they felt entitled to interfere wherever and however they wanted without needing any justification.

Then the energies started turning. We could see that the solitude and disconnectedness that we had experienced, allowed us to see and to understand certain things that we would not be able to understand in a group. It was exactly in that solitude that we could discover that we are never really alone, because God, the universal energy is always with us. The Eagle helped us to rise above, to see the bigger picture (“Don’t sweat the small stuff!”), to see even across time and across eons. From that aloft position we realized that hunting and fighting is nothing else than a game of children. Aggressors and victims play that game in innocent unawareness. Understanding this allows us to let go of it. We now could laugh about this game, not pitying the victim anymore and not judging (in peace) or admiring (in war) the aggressor anymore. We could see the Eagle in its glory and its weakness, in its strength and in its vulnerability and we found its humour. Now we definitely felt free.

Another path to freedom was to follow the Eagle in stepping up boldly on center stage, daring to fly really high and letting everybody see who we are. In that position every weakness hidden will eventually show, every feather, that is not a real quality of spirit but merely ego and self importance, will break and cause a fall. The fall can mean injury, death or the loss of one’s dignity, being exposed to criticism and laughter. This is a fast path of growth as through each break, through each wound spirit can move into us and can replace our ego until we are spirit. This path leads us into our deepest pain and hurt and forces us to let everybody see our vulnerability. Following the Eagle as a teacher or mentor means standing in the limelight and not hiding anything, not justifying anything. The result is freedom; the freedom of not having to hide anything anymore, the freedom of being completely who I am, including all our weaknesses.

Finally, after having gone through all these very little desirable qualities of the Eagle, we had found its sacred core. It was very different from where we started out. Now we had peace with the Eagle, not through idolizing it but through understanding the great challenge and the blessing it holds for us in the end.

It is a merciless hunter and teacher, mercilessly forcing us to be honest and open up whatever we would rather hide. Mercilessly it hunts down our weaknesses, uncompromisingly it breaks down our facade. All these qualities, so embarrassing on the lower levels, here on the spiritual level of C4 and C5 they show how they serve us, how they serve our highest purpose, to be that we are and allowing everybody to see it.

As an expression of the sacred vibration we moved into, the magical and solemn Canyon de Chelly was mentioned, the heart of the Navajo nation. We had eventually found the freedom the Eagle is promising us, whenever we see its majestic flight.[/vc_column_text][/vc_column][/vc_row]